Kenya. Where do I even begin? It was amazing, exciting and so different from any other country I’ve ever been to. It was a really big experience for me and I’m glad to finally be sharing it with you guys!
I’m going to divide the trip into multiple posts so be prepared to read a lot about Kenya😝 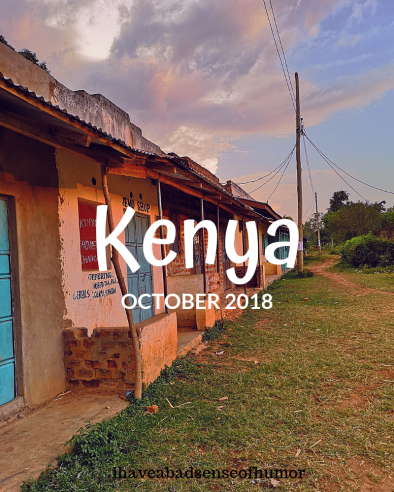 I travelled in a group of 10 students and two teachers from my school. If you want to know why I went to Kenya I explained it in a previous post.

We left Copenhagen on October 2nd 2018 at around 2.30 pm and arrived in Kisumu on October 3rd at 10 in the morning. It took quite a while getting there and I don’t think I’ve had to take so many different flights!

The flight from Amsterdam to Nairobi was the longest and took around 8 hours. The other two flights took almost no time at all. 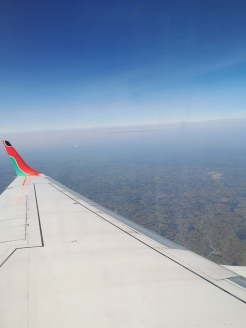 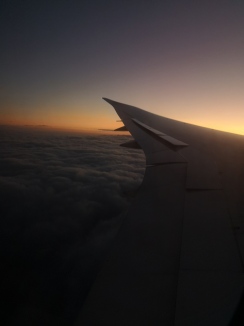 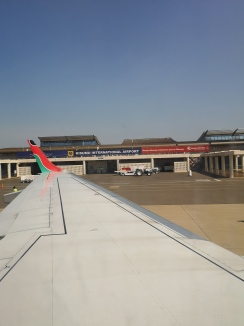 And guys, the funniest thing happened in Nairobi airport. At our gate there was some sort of performance done by a group of men, that the travellers were encouraged to participate in. They were singing and dancing, and it was so fun and uplifting to watch. Eventually I ended up joining for a song with some of the others from the group, and we had so much fun being silly and messing up the dance moves. Already then were we hit in the face with a completely different culture, and we hadn’t even reached our final destination yet.
They were just so joyful and unabashed, and I’m glad I chose to join them. 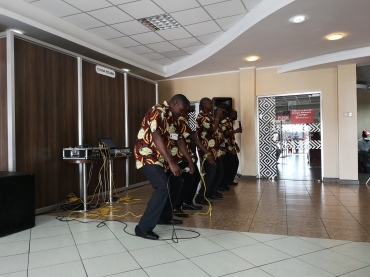 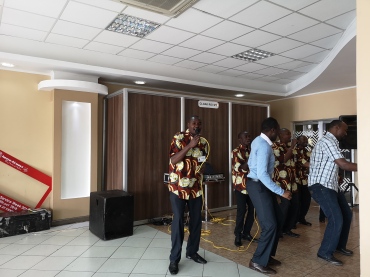 After getting off the plane in Kisumu my first impression was the heat. And also the trees. You know, those trees that look flat on the top that you see in movies about Africa. It felt a little silly and I don’t know why, but I was really amazed by them. I mean, they were just there, being trees, and my brain was like: “Wow. We really are in Kenya”.

So yeah, after waiting for a bit at Kisumu airport, we were picked up by two vans that were to drive us to Siaya. Momentum Trust has their main office there and so that was the first town we stayed in. We didn’t go straight there, but drove to Kisumu where we ate lunch at a local restaurant.

Also, when we saw other vans, (they use them as busses as well), people were pressed up against the windows and they sat on top of each other to fit as many as possible. We were just seven people in one van and I remember us sitting close. I can’t even imagine how uncomfortable the Kenyans must’ve been.

At the restaurant we had our first taste of the food we would come to eat for most of the trip. Lots of ugali, cooked greens and chicken.
Ugali is like a maize porridge shaped into a dome, that you can cut pieces off and I don’t think I need to explain the chicken. I just know that when we arrived, they had two chickens in a cage, and when we left there were none.
I wasn’t a bad meal at all, but I don’t think that anyone who hasn’t grown up eating ugali truly loves it. It doesn’t taste bad, it just tastes like nothing and the consistency is a little bit funny.
It is something you’ve got to try if you’re ever in Africa though. Just be aware that the name of it changes depending on which African country you’re in. (Wikipedia can help you with that ;P).

I also remember the chaotic traffic in the city, all the people, the smells, the heat and the looks we got. Even though Kisumu is a bigger city, we were still some of the only mzungus, aka white people, around. I’ve literally never felt more white and like a foreigner in my entire life.

The drive to Siaya took about 1 1/2 hours and though I was so tired and felt myself nodding off all the time, I tried my hardest to stay awake. Most of the other others had fallen asleep, but I just didn’t want to miss anything.

The landscape, the houses and how they managed their lifestock was completely different from what I’d previously experienced. Cattle stood by the side of the road, with a rope tied around one of their legs, so that they wouldn’t walk off our out into the street. The earth was dusty and an orange-red ish color, and right next to a relatively nice house, you could find a hut made of clay, or a bunch of sofas standing in an open shed waiting to be bought.
There was so much to take in and the farther we got away from Kisumu, the more obvious it got that we were heading to a less developed part of the country. 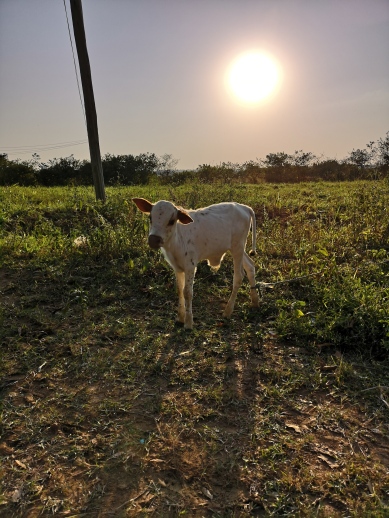 When we got to Siaya, the drivers unloaded all of our bags, and we carried them over to the building, we’d be staying in. It was probably the biggest and the nicest building in the entire village. We greeted the caretaker and met Astrid, a Danish girl who was interning at Momentum Trust. She’d been there for a while and was going to go with on us our trips and stuff.

We were shown our rooms which definitely weren’t luxurious in any way, but there was a toilet, a shower, light and running water (though no warm water), so there was really nothing to complain about. Maybe except for the spiders, lizards and mosquitos, but that was to be expected. Out of all the places we stayed it was definitely the most primitive, but it was also the place where we got to meet the most locals. It wasn’t touristy at all, and I loved that. 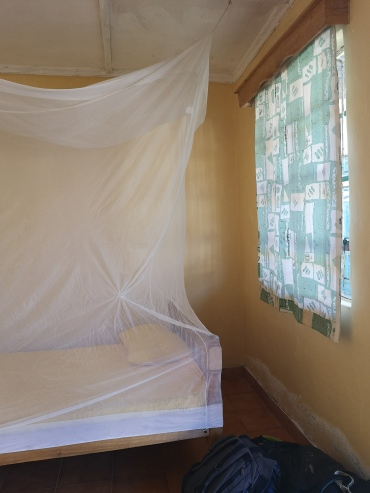 The room my roommate and I shared

Later we went out to see the village, and it was clear pretty quickly how small it was. Because of that we didn’t go unnoticed either. We were told that most of the locals would probably never see a mzungu in their life, so when all 12 of us walked around their village we got plenty of attention.
Some of them were a bit wary of us, but many greeted us and especially the children were big fans. They followed us everywhere and by the end of our walk almost all of us had a child in each hand. They were so adorable and loved to take pictures with us! 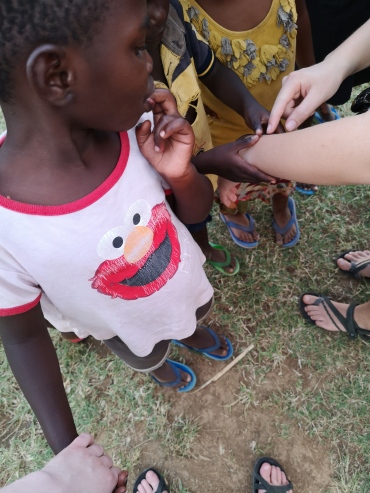 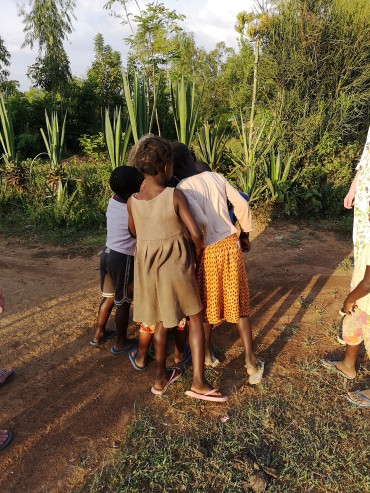 My roommate where showing them photos 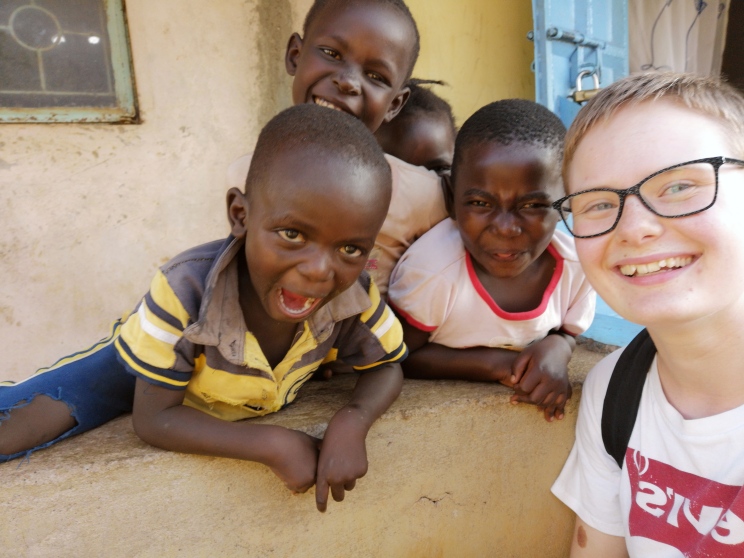 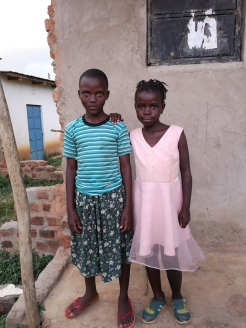 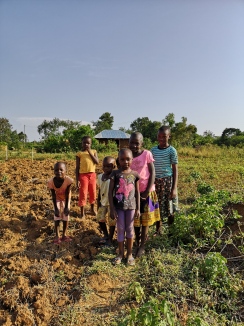 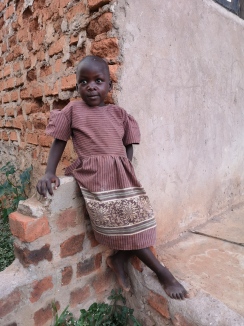 That night we ate dinner together and went to bed pretty early. We were all exhausted, but personally I had a lot of trouble falling asleep. It was so hot, and I think, I was just so far from home and overwhelmed, that my mind wouldn’t stop spinning.
Eventually it did though and sleep finally took hold of me.

And those are the last words I have to say about our first two days on this trip. I really hope you enjoyed reading it!
I’m so happy I’ve finally started to write it all down and though the post got pretty long, I know my future self will be glad that I did it. I want to be able to read back and remember everything, even the small things, that made up this trip and had an impact on me.

If you have any questions about anything, I’d love to answer them ❤
Also, have any of you ever experienced something like that in the airport? I’m curious to see if I’ve just previously been in the wrong ones ;P

Be sure to look out for the next post about day 3! And if you want to see more pictures from the trip, I’ve got more on my Instagram 🙂